Stowing Brakes for BASE

In 2019, all BASE Canopy Brake Stow techniques are the same. There is a control line, a guide ring, a stow loop, and a type of cateye or brake setting on the control line. And, of course, a toggle. Using these ingredients, you must configure your packjob for the type of jump you are about to do.

There is no BASE jump where it is unnecessary to stow your brakes. Even unpacked jumps are better with brakes stowed. So, this is an essential step.

This brief article can serve as a refresher, or a reference, for BASE jumpers who want to confirm their settings, but it cannot replace proper instruction from a qualified BASE mentor.

There are two basic categories for stowing brakes, Slider Up, and Slider Down (or off). 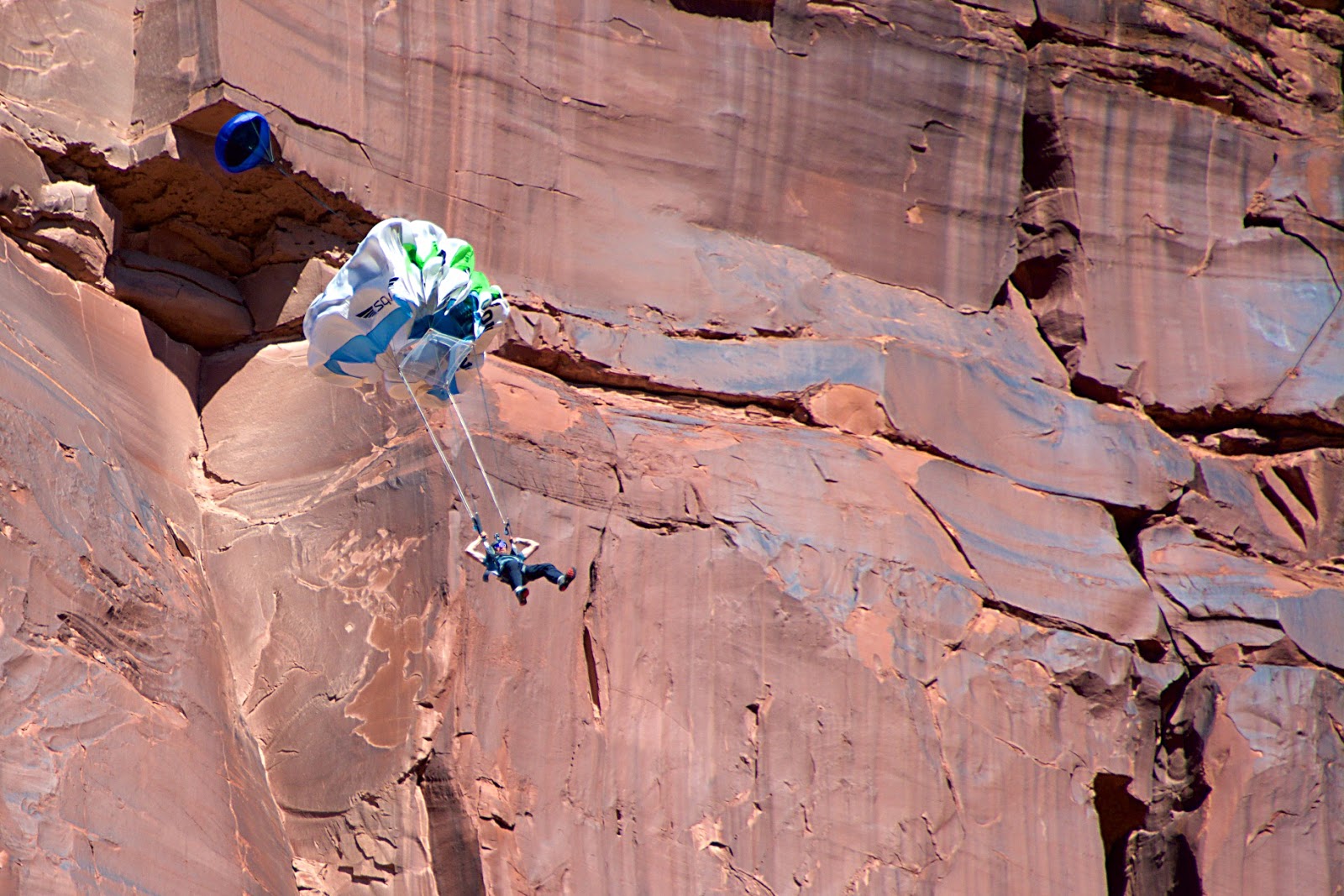 Use your Shallow Brake Setting (SBS). Yes, that's the one closest to the brake toggle. 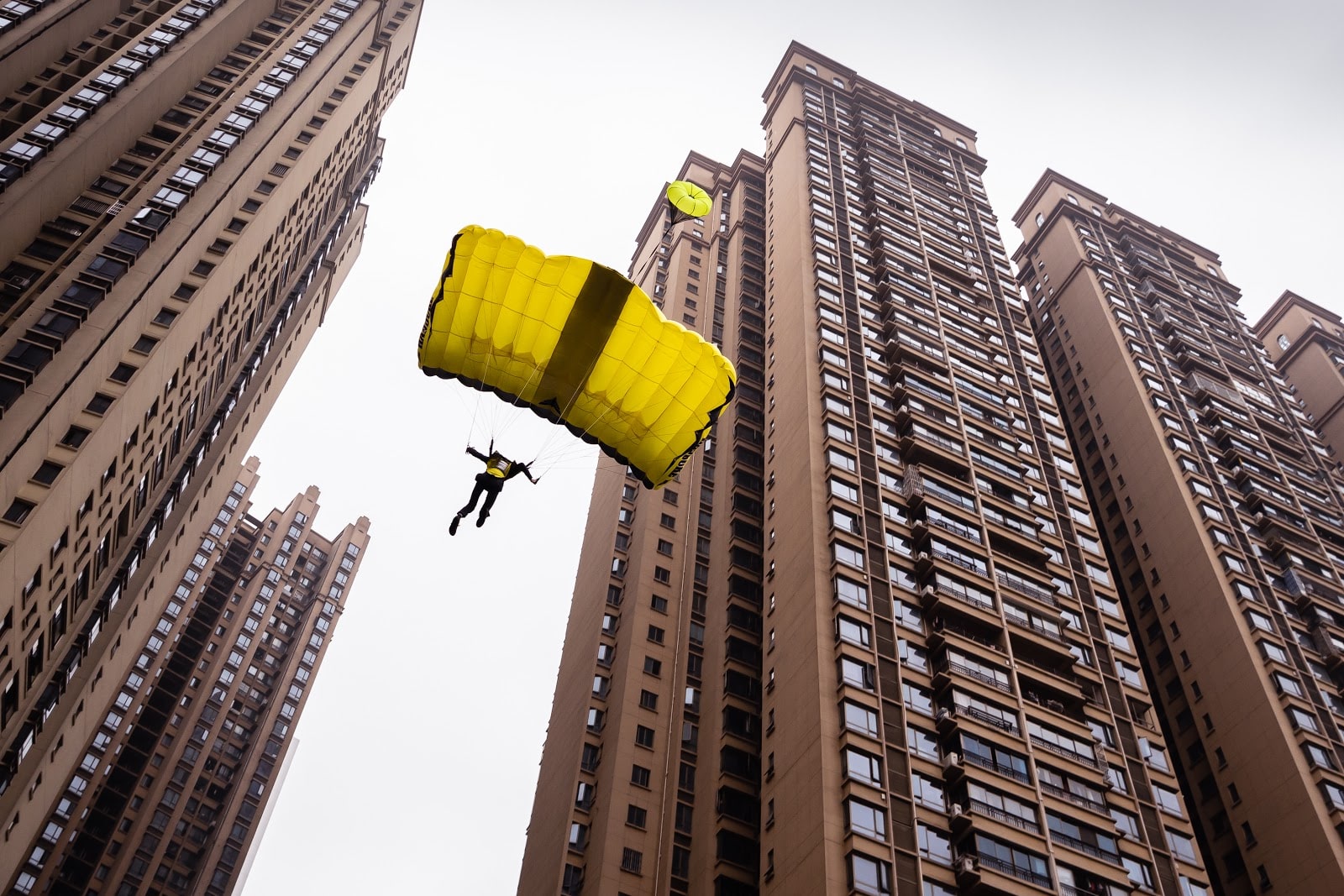 Slider Off (or down)

Use your Deep or Deep-Deep Brake Setting (DBS). These are the settings closer / closest, to the parachute.

Steps and Settings for Slider Up or Slider Off / Down 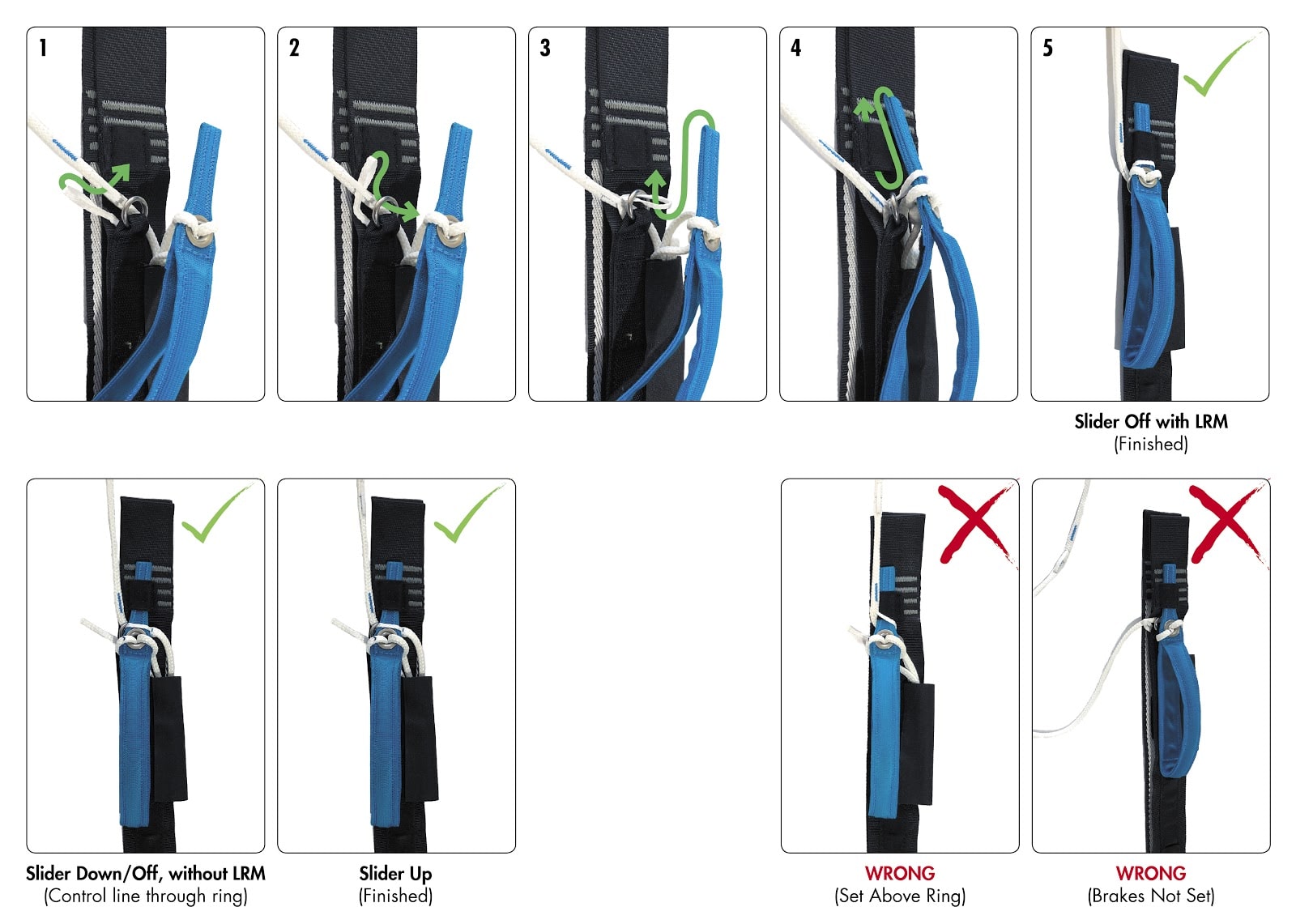 Should I Always Pack Deep, or Shallow, for Slider Down (off) Jumping?

The answer to that question, is in the All About Brake Settings article.

TO LRM OR NOT TO LRM?

In other parts of the world, notably Australia and some of Europe, many jumpers leave the control lines inside the guide rings for slider down jumping. The cost-benefit analysis here depends on the probability of two events:

(1) If you are jumping in an area where a safe landing can be executed using rear-risers, and dropping a toggle accidentally is not a huge deal, then it makes sense to route the control line outside the guide rings. The cost of retaining the ability to drop the toggle in case of a line over is low, and the benefit of being able to immediately clear a line over is substantial.

(2) If you are jumping in an area where a dropped toggle could mean serious injury because you need full control of your parachute to land safely (i.e. every BASE LZ in all of Australia), and you feel that the chances of dropping a toggle are greater than the chances of having a line over (for me personally this is true), then routing the control lines through the rings, which prevents the loss of a toggle, is smart.

Likely, you will become used to one or the other for slider down BASE, and stick with it. The feel and handling characteristics of a parachute with control lines routed in or out of the guide rings is distinctly different.

ALWAYS use a form of tail control, whether it is a standard tail-gate, tape, tail-restrictive packing folds, or a combination. If not using the LRM, it’s a good idea to have releasable toggles and a hook knife.

*The Line Release Modification: The LRM is the practice of routing your brake lines outside of the riser guide rings and slider grommets when jumping in a slider-down configuration. The LRM’s simple concept was conceived by Mark Hewitt in 1986.

Still have questions? Speak with your mentor, instructor, and order this book: www.base-book.com