The results speak for themselves:

Note: There will not be a C-RACE 2 or C-RACE 3. The C-RACE is an evolving design which is frequently revised. All C-Race orders will be filled with the most recent design. Each evolution of the C-Race is tested and proven to be a performance gain over the previous version.

C-RACE, BASE Version. If you are looking to compete in a BASE Race event, tell us before you place your C-RACE order. We will make you a BASE optimized version of the suit.

The performance of the C-Race has now been thoroughly proven in competition. Since the run-up to the first Red Bull Aces event, we have been working full time on race prototypes. Our initial efforts were well received by our team pilots, who scored highly at the inaugural Aces, with Andy Farrington in first place overall.

In 2015 and 2016, the C-RACE swept the podium of every major wingsuit speed race. In 2017 and 2018, it continued to feature prominently in performance competitions, with Espen Fadnes winning the 2018 World Championships in his C-RACE.

The C-RACE series is race-specific with a focus on maximum horizontal speed at race course flight angles. Pilots competing in performance events which include Time tasks should consider the CR+ instead.

Who is it designed for?

Pilots who aim to compete in wingsuit speed races, either BASE or skydive.

Each version of the C-RACE series is flown against recent suits from other manufacturers before release, to ensure superiority.

Do I want one? Am I qualified to jump it?

If you have to ask, then...? You should be an expert wingsuit pilot with several years in the sport, and hundreds of flights in equivalent "big suit" designs.

I'm super awesome and you should sponsor me; can I get one for free?

If I win a major competition flying the C-RACE series wingsuit, do I get a prize from Squirrel?

I have more questions, should I email you right away?

If you have a question relating specifically to whether you should purchase a C-RACE or CR+, shoot us an email, or ask someone on our team who competes in these suits. Each version of the C-RACE is carefully tested, and the suit has been well-liked by the pilots who have been flying it. If you're qualified and know what you need, just go to the order page. To not order this suit, see here. 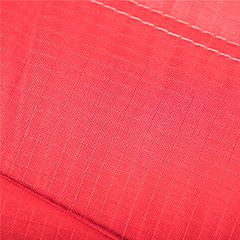 Our main concern was finding an ideal ratio between weight and durability, along with high mechanical stability and good results in stretch and tear tests. Our main surface fabric is a 210D Ripstop, with very low stretch, and a good rigidity to comfort ratio. 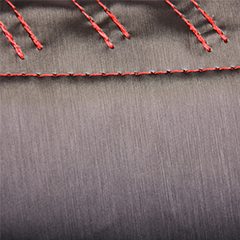 Our proprietary laminar-grain leading edge skin is wrinkle-resistant, has low crease memory, and has a proven aerodynamic track record. First used by the winning Squirrel team pilots in the RedBull Aces series, this material has now trickled down to our entire range. 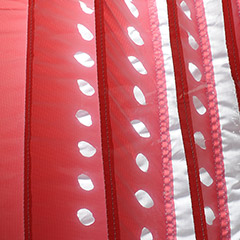 All ribs are constructed from the renowned Porcher Skytex 40, which has an unparalleled stability-to-weight ratio.

1. Porcher Sport (white / translucent). This is our standard option.

2. Dimension Polyant Carbon-Graphite (black / clear). The highest quality laminate on the market, with a carbon and graphite weave. It's black, and it's more rigid, but there is not a measureable performance difference over the Porcher mylar.